Halloween is celebrated annually on October 31st. The origins of Halloween are thought to be based on an ancient Celtic festival called Samhain, which was celebrated in Britain, Ireland and some parts of northern Europe. This was a tradition whereby at the end of summer, the Celts thought that the barrier between our world and the world of ghosts and spirits was not very strong, so people would light bonfires and wear costumes to ward them off.

It wasn’t until much later that the festival was Christianised by the church and named ‘All Hallows’ Eve’ (the day before All Saints’ Day on 1 November) and then later this became Hallowe’en or Halloween.

Over the years the festival has of course gathered pace in how it is celebrated and now we recognise Halloween with pumpkin carving, dressing up and ‘trick or treating’ – it’s much more of a party for everyone!

So, if you are hosting a Halloween party this year, for children and/or adults, here are a couple of fun spooky punch ideas to get the party started (both are non-alcoholic recipes but have the option of adding alcohol for the adults!). 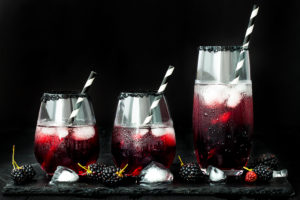 To add an extra spooky accessory to your punchbowl centre piece, rinse out a rubber glove, turn it inside out and fill with water.  Tie the top with an elastic band and freeze until solid. Turn the frozen ‘hand’ out into the punch bowl and serve!

….for another great spooky touch to your drinks, make some ‘Bat-black ice cubes’! Add black food dye to a jug of water and pour into ice-cube trays to make hauntingly black ice cubes.

And finally, for a bit of trivia and fun, test your guests’ knowledge of all things Halloween with this quiz – suitable for all ages (the answers are at the end, so no cheating!):

GET READY FOR AUTUMN! Tips to Becoming More Self-Confident

Eden Private Staff remain open and committed to providing an exceptional level of service. Our team are available for calls and enquiries and at this stage still able to help you and your family find the right personnel for your requirements. We will be introducing candidates via video calls and following the latest guidance from the government
+ +